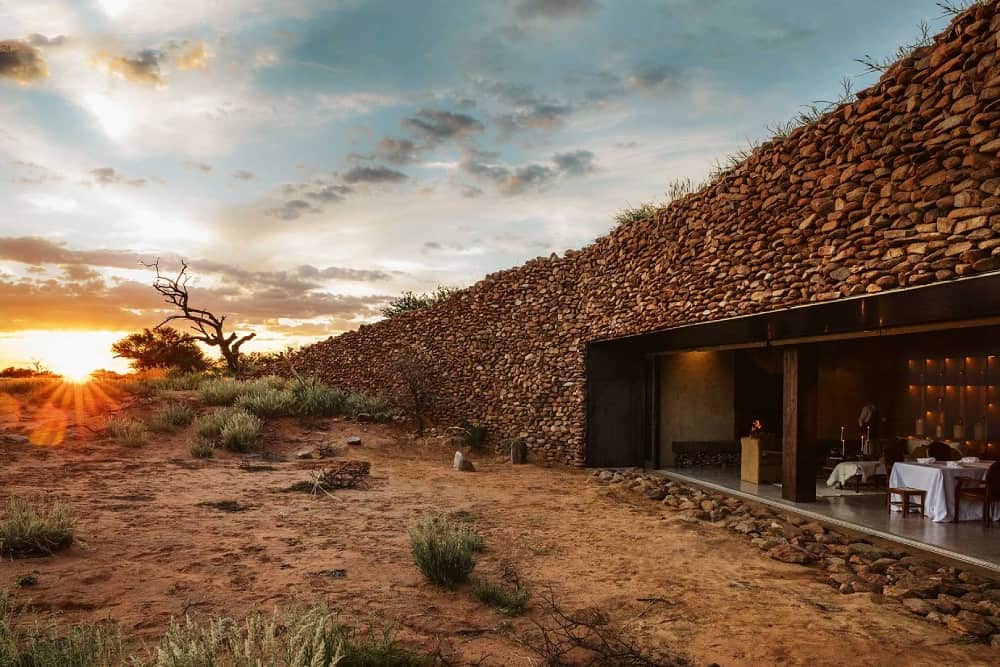 A wildly ambitious subterranean space in the heart of the Kalahari

If anybody can package local provenance provocatively, it’s Jan Hendrik van der Westhuizen, the first South African chef to achieve a Michelin star, for his namesake restaurant in Nice, France. And while Cape Town would have been the obvious choice for his home-turf debut, instead he opted for the meatier task of creating a ground-breaking restaurant, Klein JAN, in Tswalu game reserve in the southern Kalahari.

The initial challenge of tracking down Northern Cape ingredients involved driving for days (sourcing within 300 miles is considered close in these parts) to meet small-scale farmers growing pecans, pistachios, grapes and organic grains to mill into unrefined flour for bread. Then there were the cheesemakers, fourth-generation butchers and craft distillers creating not just gin and vermouth but local favourite witblits.

The restaurant’s architecture is brilliantly elemental, taking its design cues from native creatures that seek refuge by burrowing underground. Here, nobody sits in a chair for hours on end. Guests are given different courses in different spaces; built beneath a dune, most of Klein JAN remains unseen until you descend into the cathedral-like root cellar. Try biltong-dusted savoury lamingtons on the stoep, or a mug of butternut-squash soup cooked on Jan’s grandmother’s old stove.

The 10-plate main course is delivered at once, as if for a photoshoot, in the glass-fronted long room and might include dry-aged beef from Kuruman sizzling on a hot rock and mini sweet-potato mille-feuille. After pudding and local cheeses (served with brandy-steeped raisins), everyone ends up on the roof to stargaze while sipping coffee made from the roasted, ground roots of a shepherd’s tree.

To discover more about this amazing destination contact us today for further information. 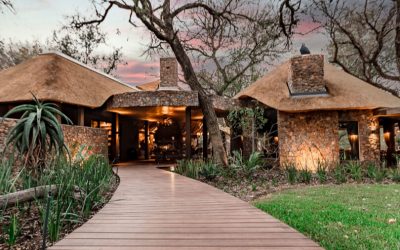 New-Look Dulini Moya Captures The Spirit Of The Sabi Sand

The Dulini Collection is proud to unveil the rejuvenated Dulini Moya, a five-star safari lodge in South Africa’s... 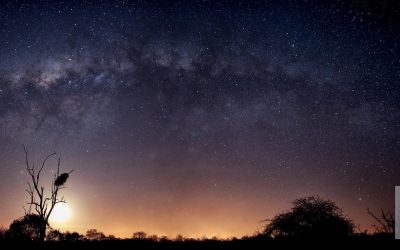 Warm greetings, to all friends of Dulini! We have good news to share with you. The lodge you know well, and perhaps... 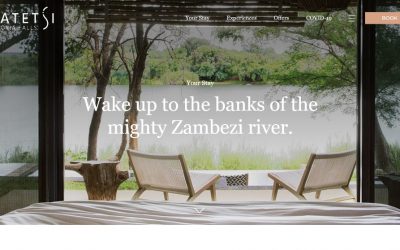 Just launched - the new website for Matetsi Victoria Falls a beautiful site that showcases the accommodation,...